You are here: Home / Get involved / Boxing – A Beginner’s Guide
Share

Olympic-style boxing is a very different sport to the professional boxing most people are familiar with seeing on TV.

The Olympic sport is often much faster and scoring is based around technique. It requires a great deal of technical skill and extremely high levels of fitness.

Anyone who has ever tried their hand at sparring will tell you how hard it is to score points when your body is working that hard!

Contrary to common misconceptions, there is no room for anger and aggression in a boxing bout; and gold medal-winning boxers are calm and focused when they step into the ring.

Boxers wear either red or blue strips, protective head guards and gloves weighing 10 ounces. Bouts are decided by ringside judges and the result is based on the number of punches that land in a ‘target area’.

Boxers are usually limited to three 3-minute rounds or less, as opposed to 10 or 12 rounds in professional boxing. The winner of the bout is the boxer with the most points, unless the referee stops the bout before the final bell.

Boxing has been an Olympic sport since 1904. In 1941, the International Boxing Association (AIBA) took responsibility for the sport as a world governing body. Within the UK, there are three home nations: England Boxing, Welsh Boxing and Boxing Scotland.

GB Boxing is responsible for the ultimate preparation of the elite athletes for Olympic Games. Find out more about Great Britain’s boxing history at the Olympics. 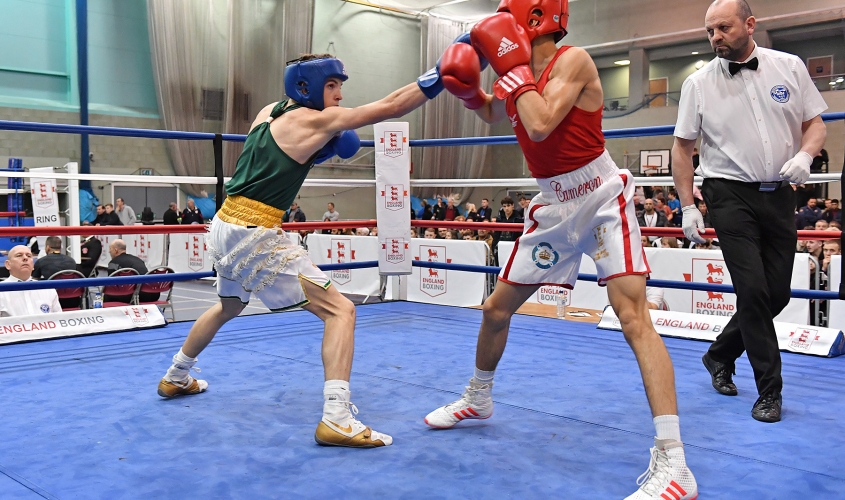 As boxing is a weight-making sport, the right nutrition is vital for athletes.

At GB Boxing’s base in Sheffield, a performance nutritionist helps to ensure that each athlete’s diet provides enough energy and nutrients to fuel hard training and promote rapid recovery, while maintaining body weight within safe boundaries for health and performance.

How to get started

The easiest way to get involved is to seek out your local club, who you will be able to find via our Club Finder.

They will be able to teach you the basics in a safe, controlled environment, whether you prefer non-contact fitness or are keen to step into the ring.